Get ready for some speed with your family and friends!

Grand Prix Rock 'N Racing gives you the fastest, most exciting races. You can evolve your car, improving the engine, brakes, tires and more until you've achieved the perfect evolution to win the Championship!

Online leader board where you can compare your best times with those of your friends and players from around the world.

Pic-a-Pix is bigger and better than ever!

The ultimate edition of the popular picture crossword game, featuring:

Pic-a-Pix are exciting logic puzzles that form whimsical pixel-art pictures when solved. Pic-a-Pix are sometimes known by other names, such as Picross, Nonogram, Paint by Numbers, Griddlers, Hanjie and many more.

Solve puzzles with a friend - or the whole family - with co-op play for up to 4 players using any combination of controllers! In handheld mode, immerse yourself with intuitive touchscreen controls.

Pic-a-Pix Deluxe now includes classic black and white picross, as well as color puzzles, which use color-coded clues to add a new dimension to the game.

There are 150 color and 150 classic puzzles, all designed by Conceptis Ltd and all brand new! Puzzles range in difficulty and size from introductory 5x5 pictures up to challenging 35x25 grids!

Content previously available in Pic-a-Pix Color on Nintendo 3DS and Wii U can be downloaded as DLC, and extra add-on packs will be released regularly.

Stikbold! A Dodgeball Adventure hits right where it hurts!

Stikbold! is a hard-hitting, fast-paced dodgeball sports game set in a colorful and quirky 70s universe.

With brand-new content, improved features and gameplay for up to 6 players, the Switch™-exclusive DELUXE edition is perfect for any party or social gathering.

Join Stikbold! superstars Björn and Jerome on a tour through the zany universe as they embark on a CO-OP adventure to unravel the mysterious disappearance of rival love-interest Heidi Starbrow on the night of the BIG game! Battle your way through a surprising cast of funky characters and unlikely boss fights.

"You were captured. Look what they’ve done to you… The jailer is the key, kill him and you’ll be free."

Feel the tension and adrenaline of one-on-one duels against deadly adversaries: you will need absolute focus and skill to defeat each of the guardians.

Do you have what it takes to reach the last gate?

Your greatest journey is within.

InnerSpace is an exploration flying game set in the Inverse, a world of inside-out planets with no horizons. Soar through ancient skies and abandoned oceans to discover the lost history of this fading realm, where gods still wander. Your greatest journey is within.

A teleportation-mishap, a broken contract, a mysterious tree and a foolhardy expedition set the stage for our four heroes.

Follow Lumina, Teri, Knaus and Clonington on a rip-roaring adventure full of twists and turns through the World to the West! A young Teslamancer, an optimistic underdog, a seasoned explorer and a strongman aristocrat out of his depth find themselves flung into an adventure none of them signed up for. In a land that holds secrets best left forgotten, the four heroes must use their unique abilities to find glory, get revenge, and for some, simply find a way home.

World to the West is focused around, exploration, action and environmental puzzles, often with many different solutions depending on the character you play and your ability to think creatively around their abilities. This adventure of fantastical science lets you play as four different and unique characters. the story is that of their tales, and the grand mystery of this lost land that shrouds an ancient danger.

You're here to test our newest, state-of-the-art military-grade color-technology: The ChromaGun (patent pending)! Use it to try and solve our meticulously designed test chambers. The basic principle is as easy as applying it is complex: Exit the chambers via the exit doors. But be weary of the WorkerDroids in charge of maintaining the chambers. They’re not exactly what you and I would call "human friendly."

Use the ChromaGun to colorize walls and WorkerDroids to progress in the chambers. WorkerDroids are attracted to walls of the same color. Using that mechanic, try to reach the exit door of each chamber. Some doors are more complicated to use than others: They can only be opened using door triggers and only stay open as long as the triggers are occupied.

If all of this sounds like your brain can handle it, congratulations! You're the perfect candidate for our test chambers!

That being said, welcome and good luck!

RESTORE MEMORIES TO SAVE A FADING WORLD

The adventure of LOST SPHEAR begins in a remote town of Elgarthe where a young boy, Kanata, awakens from a devastating dream to find his hometown disappearing. Facing an ominous power that threatens the fabric of reality he must awaken the power of Memory to restore the ‘LOST’. To stop the world from disappearing forever, Kanata and his comrades set out to rebuild the world mustering different Memory and crafting the world around them.

Can you outrun the end of the world?

When the great and terrible Storm destroys Shu's village, he embarks on a desperate journey to survive. On his travels he'll encounter stranded villagers; survivors of the devastation that need his help. In return for his assistance, these peculiar characters will grant Shu unique special abilities that he can use to traverse the treacherous path ahead.

Their only hope is to work together, in search of sanctuary - and a way to stop the Storm. Can you outrun the end of world?

A plethora of collectibles and secrets to discover

10 recruitable characters, each with their own unique power

Gather, craft, and build the kingdom of your dreams to restore the ruined world of Alefgard!

As the legendary Builder, you'll construct rooms, towns, and defenses while fighting monsters. In Terra Incognita, build freely, share creations online, battle in an arena, and access exclusive content to the Nintendo Switch™ version of the game!

You're the only one in Alefgard who can rebuild and level up its ruined towns to attract new residents and raise their strength. But be wary: increasing a town's level will also lure the Dragonlord's monsters! So, join residents and fight back! When you defeat monsters and break blocks of the environment, you'll earn materials for crafting items and building structures. Enjoy content exclusive to the Nintendo Switch version in Terra Incognita: ride a Great Sabrecub, slay foes for Pixel Blocks, and use them to build a Dragon Quest Game Pak so you can access more items for building! The land is yours to rebuild… The goddess Rubiss has spoken!

Gather materials, craft items, and build towns to fulfill your destiny as the legendary Builder

As you build rooms and defenses, towns level up and residents grow stronger

PAYDAY 2 is an action-packed, four-player co-op shooter where you rob banks and get paid. Up to four friends co-operate on the hits and as the crew progresses the jobs become bigger, better and more rewarding. Along with earning more money and becoming a legendary criminal Crime does pay – use your funds to customize your character with new skillsets that change the way you play and kit them out with their own guns and gear.

What do skulking thieves do after a night of procuring shady spoils? They gather at a favor-ite tavern and wager it away on a friendly game of Light Fingers! Played on a magical clockworks game board, this turn-based multiplayer game has real-time action and devious opportunities for misdirection, all in the pursuit of securing more loot than your opponents. After all, bragging rights for the most deft are the greatest steal of all.

A great pickup-up and play game for you and your closest frenemies.

A beautifully imagined game board that unfolds a detailed miniature world as players take their turns.

Next Up Hero is an arcade action-adventure driven by Community Continue, in which players take turns fighting and dying against tough-as-nails monsters, one hero at a time. Revive fallen heroes to fight by your side, build your army, and take out the boss together. Everyone dies. Heroes continue.

Community Continue – Engage in a cutting edge style of cooperative play, Community Continue, where beating community sessions is a shared achievement, and more fun than playing on your own.

Champions Trials – Heroes who complete feats of greatness will gain entry into the Champions Trials, a monthly contest in which Digital Continue throws the toughest challenge they have at you in specially-designed levels. Work together with the community to solve puzzles, defeat challenging enemies, and unlock new rewards. You will probably die.

Choose Your Own Achievement – Customize your next goal using a Mad Lib style journal system. Complete those goals to earn the Grand Tokens necessary to gain entry into the deadly Champions Trials

The pink puff is back—in HD—and he's not alone.

Kirby™ is back—and he's finally on the Nintendo Switch console in HD! But this time, he's not alone. Recruit enemies by hitting them with hearts and gather helpers for a party of up to four characters. On top of that, you can join with up to three friends for a different kind of team-up action!

Imbue copy abilities with different elements, such as wind, water, fire and electricity, by borrowing or giving them to helpers to add more attack power, unleash powerful attacks, or solve puzzles

Up to 4 players can join in with the horizontal Joy-Con™ controller configuration, or 8 Joy-Con with 4 Joy-Con Grips

Away: Journey to the Unexpected is a feel-good FPS game that combines action, negotiation and slightly roguish elements, presented in an animated style.

Progress through the levels and the story, choose your path, but above all, recruit allies. All the strange characters you meet in game can be played in first person, and it’s up to you to find the right answers to get them to join your team!

A refreshing and funny story

A large variety of quirky characters to recruit!

A platformer about climbing a mountain, from the creators of TowerFall. Unravel the secrets of the mountain and overcome your limitations to reach the summit.

Expressive, tight controls with layers of depth to master

300+ levels across a sprawling mountain, with plenty of secrets to discover

Meet peculiar characters and climb through a nuanced story

Fan of the Super Mario Bro's series "re-creates" Manuals from these 3 great Mario games for Switch!

Visit The Official Pokémon Center Website, For All Your Pokémon Needs!

EPIC GAMES! MADE PERMANENT DISCOUNTS UP TO 20% ON FORTNITE V-BUCKS! 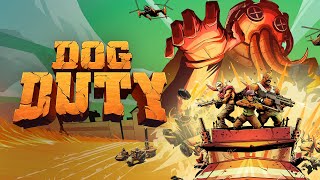 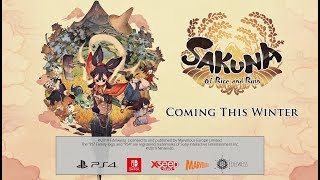